What is the Load Cell?

What is the load cell ?

Load cell is based on strain gauges and the principle of Wheatstone bridge.

A load cell is a sensor that converts force or weight into a measurable electrical output, the most common output signal is mV/V. Although hydraulic, piezoelectric and pneumatic strain gauges are the most common force sensors, in 1843, British physicist Charles Wheatstone designed a bridging circuit that could measure resistance. Wheatstone bridge circuit is an ideal solution to measure the resistance change of strain gauge. Although the first bonded resistance wire strain gauge was developed in the 1940s, the Wheatstone bridging concept still widely applied in today's new technology 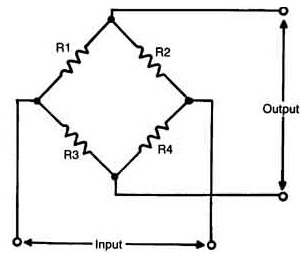 Strain gauge load cell converts the load on it into an electrical signal. The gauge itself is bonded to the load cell body (elastomer) in a carefully calculated position. When applied with force, the elastomer deforms.

Two gauges are usually in tension status, and the two press forces are adjusted by force compensation to balance the zero point.

When a load is applied, the strain resistance is proportional relation to the load, electronic device amplifies and scales this change and converts it into a display screen, such as Ton, Pound, Newton or Kilograms allowing accurate and repeatable measurements by load cell operator.

There are several common types of load cell:

①   Load link - a block of material with a loading hole for shackles at each end, it can apply tension force

③   Double-ended shear beam, fixed at both ends and loading is on the center of the straight block material

④   Compression load cell, a block of material designed for loading in one or more compression areas.

The main function of + sense and -sense in 6 wires load cell can compensate for the actual excitation voltage changes from the amplifier, indicator or PLC. The resistance of the cable (conductor) changes according to its length and any temperature change, resulting in a change in the excitation voltage. When long cables are used, the original voltage provided by the amplifier, indicator light or PLC will drop. The advantage of the 6 wires load cell is that it can quickly and effectively compensate for voltage drop without affecting load measurement.

Four wires Load cell has been calibrated and thermally compensated, as well as length of the cable was fix during manufacturing. we suggests that do not shorten the length of cable; It's best to roll up the extra cables. That is because if the cable is shortened, 4 wire load cell’s factory calibration and compensation will be damaged. There is no induction wire can compensate for the new cable length. Only thing we can do is to return the load cell to factory to do calibration and compensation again.

When connecting the 4 wire load cell to the junction box, we suggest use a 6 wire load cell cable to connect the junction box to the amplifier, indicator or PLC. This will compensate voltage drop came from the length of the cable. In any case, the cable shall be well shielded and have a cross section (at least 0.2mm sq) sufficient to limit the voltage drop over its length.

The above precautions for cutting wires do not apply to load cell using 6 wires. The two detection wires can measure the actual excitation voltage in the Wheatstone bridge inside the force sensor, so the mV signal can be adjusted according to the actual excitation it experiences. If the installation engineer wants to shorten the wire, it can be proceed without affecting the performance of the load cell.

Using load cell we have to confirm the actual working environment, this is very important for appropriately select load cell.