During the manufacturing process, a mechanism is built upon the backside of the transducer’s sensing diaphragm. Through a sputtering process, a small circuit is created that contains on it a Wheatstone-bridge resistance network. As pressure is applied to the diaphragm and unbalances (or strains) the bridge, its electrical resistance is changed and results in a voltage output. 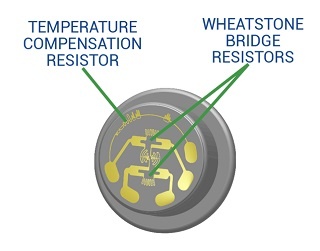 Thin film sensors are more robust and less complex than MEMS sensors. Their simple structure makes them easier to manufacture at a lower cost and they provide incredible accuracy and reliability even in harsh operating conditions such as extreme temperatures (less than -40℃ and as high as +150℃). 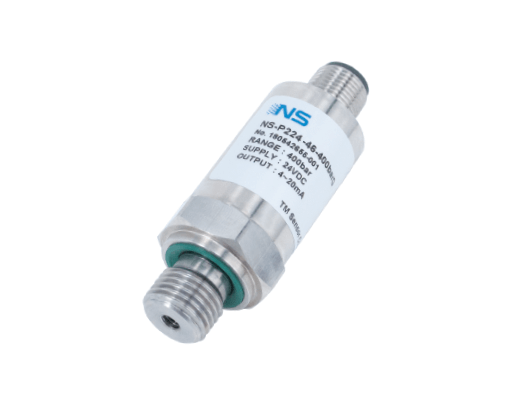 In thin film sensor technology, a piezoresistive strain gauge bridge is deposited directly on the cell’s stainless-steel diaphragm which is in direct contact with the media being measured. See below figure of thin film sensor.  With this technology, there is no transfer medium in between the media and sensing bridge measuring the pressure. This eliminates the damaging expansion or shrinkage that can occur in the MEMS device. 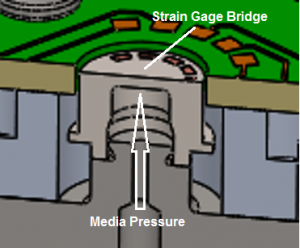 In a nutshell, thin film transducers work where other transducers fail. They can easily withstand dynamic pressures and extreme temperatures while providing the most accurate and reliable readings. Thin film sensors are especially suitable for harsh operational conditions such as pressure measurements in aerospace applications.