A device which produces an output signal proportional to the applied weight or force.

The frequency of free oscillations under no--load load conditions.

The maximum deviation of the calibration curve from a straight line drawn between the no--load and rated outputs; expressed as a percentage of the rated output and measured on increasing load only.

The signal (voltage, current, pressure, etc.) produced by the load cell. Where the output is directly proportional to excitation, the signal must be expressed in terms of volts per volt, per ampere, etc., of excitation.

The algebraic difference between the outputs at no--load an at rated load.

The maximum load in percent of rated capacity which can be applied without producing a permanent shift in performance characteristics behond those specified.

The maximum load in percent of rated capacity which can be applied without producing a structural failure.

The axis along which the load cell is designed to be loaded; normally its geometric centerline.

The maximum axial load the load cell is designed to measure within its specifications.

A force measuring device whose characteristics are precisely known in relation to a primary standard. 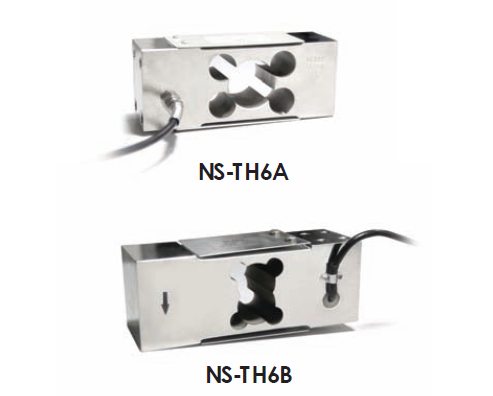